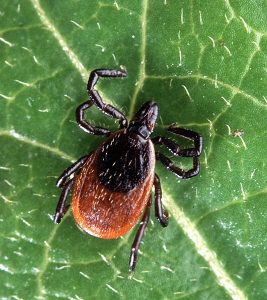 The East Asian tick has made the news in the last few days because it is a new tick species that was identified as being in the United States this year. It was first identified last fall, but efforts were made to eradicate it. Unfortunately, scientists have determined that those efforts did not work, and the species has been established in New Jersey.

Why Are People Concerned About the East Asian Tick?

It is an extremely invasive species that originated in Asia. When it first spread to Australia it caused significant problems for farmers there. The ticks are often found around farms animals, but they can also be found on large animals like deer. The East Asian tick does carry the SFTS virus, which is a new virus that was first discovered in 2009. It has potential for serious complications and scientists worry about a potential outbreak.

How Does the East Asian Tick Spread?

The experts are not sure how the East Asian tick made its way to the United States. However, once it is in the United States, it moves from area to area by attaching itself to an animal that travels from one area to another. As the animals move out, the ticks will spread out across the country. It can also move on farm animals as they are shipped from state to state. With all of these factors, it is difficult to determine just when the East Asian tick will reach the Arlington area.

Are Other Ticks an Issue?

The experts have predicted a record tick season for the state of Virginia. The winter weather was especially conducive to ticks, which means that you need to be sure to take steps to protect yourself from ticks. One of the things that you can do is to be sure to wear insect repellent with DEET in it whenever you visit an area that is prone to ticks. You can also protect yourself by wearing long sleeves and pants. You add additional protection when you tuck your shirt into your pants and your pants into your socks. Another step that you can take to protect your family is to treat your yard for ticks.

You will need to remove the tick right away by using tweezers. Ticks can spread a number of serious illnesses including Lyme disease and Rocky Mountain spotted fever. This is spread when the tick regurgitates after feeding. The sooner you remove the ticks the less likely you are to catch an illness.