Northern Virginia is a part of the country where there a large number of ticks that can spread serious illnesses. Fairfax county reports an increase in rare tick-borne illnesses throughout the country.  There are three basic types of ticks in Fairfax county. Here is a list and a basic description of the ticks. 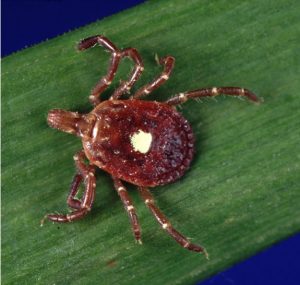 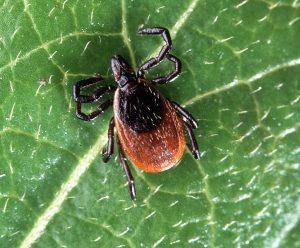 The blacklegged tick has black legs. The adult male is mostly black. The adult female has a black head and brown body. The legs are black. This tick will transmit Lyme disease, Powassan disease, babesiosis and anaplasmosis. This tick is active throughout the spring, summer and fall. It can also come out of hibernation in the winter to look for a host to feed on. 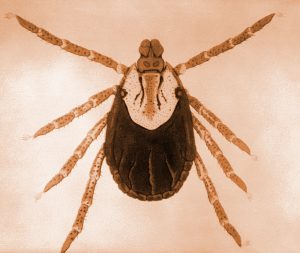 Steps to Take If You Are Bitten by a Tick

If you find that you are a bitten by a tick, you will need to remove it using a pair of tweezer. You should pull straight back until the tick detaches. Do not twist because the head may detach from the tick. You will need to kill the tick by putting it on a cotton swab with alcohol on it and then putting it in zipper bag.

If you are bitten, you should watch for signs of a tick-borne illness. Many of them start out the same way with body aches and pains, a fever and a headache. It is similar to a cold, but you will not start feeling better on your own. For several illnesses, a distinct rash will appear on the third day of symptoms. Rocky Mountain spotted fever has a spotted rash that appear on your ankles and wrists. Lyme’s disease will develop a bull’s eye rash, but only about 80% of patients develop the rash. The bull’s eye does not have to be around where you were bitten. STARI will have a rash that develops around the bite and it will expand out in a bull’s eye type pattern.

It is also important to be aware of the possibly of developing an allergy to meat. This can take a few months to develop, and the symptoms usually begin about six hours after you have eaten as your body breaks down the proteins in the meat. It can be a severe stomach ache and body pains, but it can also lead to breathing issues. If you have these symptoms you should ask to be tested.